Thanks for organising our tailor made fly drive to South Africa we had a great time! The SAA upgrade ‘bidding’ is a great idea as managed to get business on internal and the international return legs 🙂 I must say the SAA economy is quite poor in comparison to other airlines. The only downside of the holiday were due to weather/climate issues – Table mountain was either fogged in or gale force winds (high winds were a common feature all the way along the route) so forced its closure, then Gansbaai Shark diving was cancelled as the water’s been too warm for them and no sightings for 2 weeks! Then to cap it all in Plettenburg Bay there was a cold current that had appeared in the bay and that mixed with warm air produced dense fog! Grrrr – so the sunbathing part of the holiday didn’t happen but we saw more of things like the monkey and bird parks in the area 🙂 And finally the safari at Msenge Bush Lodge in Pumba Game Reserve was fabulous a great way end the holiday – saw all the big 5 – had a great cottage probably the best in the lodge. Oh I should mention the gallons of wine and champagne we consumed (especially the Cape Town and Stellenbosch area) taking many purchases with us for use along the route!!  😀 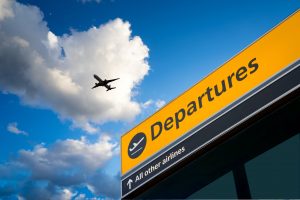